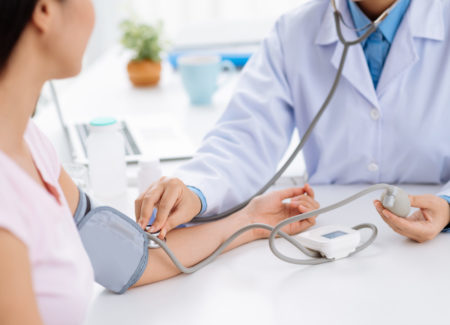 It was early Friday afternoon, when I went out to purchase another silly BBQ apron for my husband. Each year, he insisted that he get a new one to add to his stupid collection of aprons, which he never wore, but instead decided to decorate the garage with them. It was the dumbest thing I had ever seen, but it made him happy and being, as I love it, it was the least I could do on his birthday. As I riffled through the aprons on the turning display, nothing struck my fancy, until I spotted something yellow with purple trim and just knew it had to be something special. In, fact I was almost positive it would have the most ridiculous saying of them all. I reached around the stand to give it a spin and grabbed someone else’s hand, jumping back. Suddenly, a woman stepped out from the other side, and it was me, I mean she looked like me, I mean damn how could she look like me, although I comforted myself in the fact that she was older than me.

We both started at each other, and then giggled nervously. She spoke first saying, “Wow, we could be sisters.” I laughed and said, “Yeah I know eh”.
Then we both became serious and didn’t know what to do, even though I am sure we both wanted to ask the same questions. Deciding to take the bull by the horns, I blurted out, “Who are your parents”? She was stunned and said, “I don’t know, I was adopted.” Well, if that didn’t set both our minds to racing and soon we were talking and comparing like school children. She would have been 5 years older than I am, and I was the oldest child of three. We were just too much alike to ignore it, so I suggested that since we were both pretty sure we had to be related somehow, we get one of those home tests and see what happen.
What was the worst that could happen, after all, I would either have a new relative or a new great friend and she felt the same way so we decided to pool our, ooppps, we spent it all shopping money and order in a home test. We exchanged addresses and promised to meet and share memories while we waited for the kit to arrive. We had it mailed to Jenny’s home as her children were grown up and on their own, and her husband was away on a business trip. We met and talked everyday over coffee until the day the kit arrived. It only cost us $590.00 and the test kit came with everything we needed and a great directions. We did the test and sent it away, and within a few days, we knew… She was my sister by birth. Boy, my parents had some explaining to do, since I wasn’t adopted. That was a few weeks ago, and so far I have not had the courage to talk with my parent, but I will someday, but for now I am enjoying having an older sister, who isn’t any wiser than me!